If you go down to the woods today…

What we thought would be ‘a little bit of tidying up’ in the woodland became a quite extensive operation – removing an ancient pheasant pen made of twisted mesh half buried in the mud and numerous fallen trees (33 to be precise). At least there will be a plentiful supply of logs for the log burner in the new house (when it’s built). Then began the task of building a 7 foot high perimeter fence. In case you’re about to ask why, the photographs should answer the question… 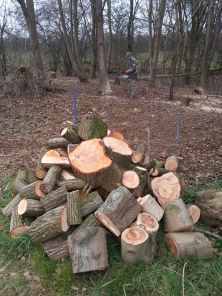 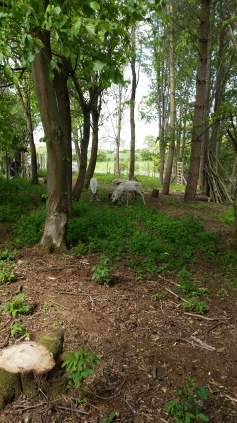 Yes – the reindeer have arrived and settled well into their new home. 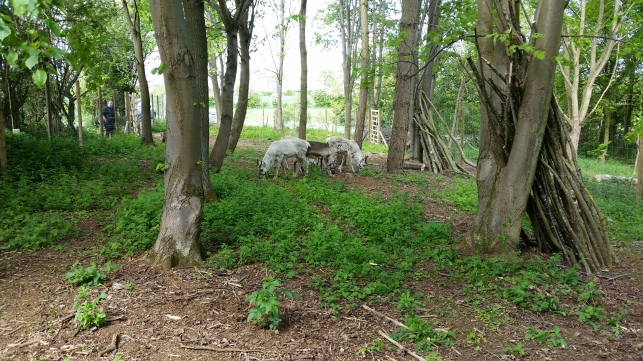 A British writer - author of WEIRD SEX, WHAT A PERFORMANCE, BEAST WAGON & CURTAINS - I have had previous incarnations as a circus ringmaster, magazine editor, voice-over artist & yacht skipper. I am currently in the process of moving back to rural England from Malta. END_OF_DOCUMENT_TOKEN_TO_BE_REPLACED
This entry was posted on Sunday, June 28th, 2015 at 17:01 and tagged with arkadia, reindeer and posted in The Farm. You can follow any responses to this entry through the RSS 2.0 feed.
« The Great Wall of…
New arrival at Arkadia Alpacas »